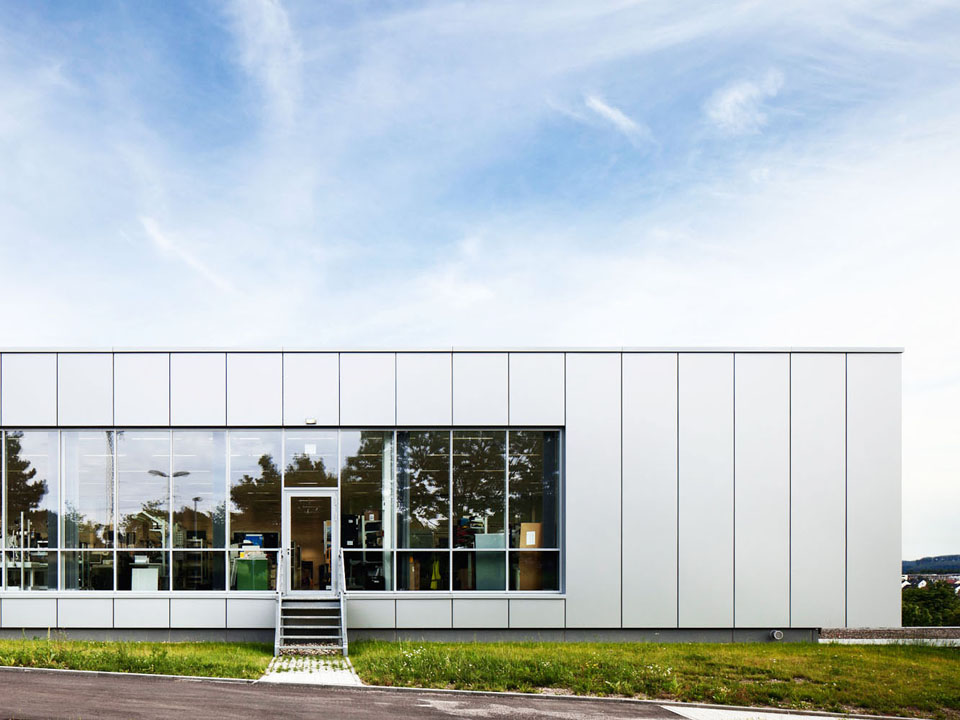 At the Waldbronn site, 21-arch was commissioned with general planning services for the extension and refurbishment of building 1, including outdoor facilities. In close coordination with the customer, new layout concepts were implemented in production, and new clean rooms were integrated into the redesigned production areas.
The conversion measures were divided into individual execution phases. Extensive protective measures enabled the work to be carried out without impairing production processes.
The facade in the area of the ground floor of the building extension consists of large glazed post-and-beam elements as well as claddings made of aluminium panels. The façade in the basement area is made of exposed concrete. The roof areas are extensively greened. After completion of the work on the extension building, the facade of building 1 was removed in order to create an extensive production area. The interior is characterised by bright and friendly workplaces. The extension building is seamlessly connected to the existing building 1, which is over 30 years old, so that both inside and outside an ensemble of old and new could be created.